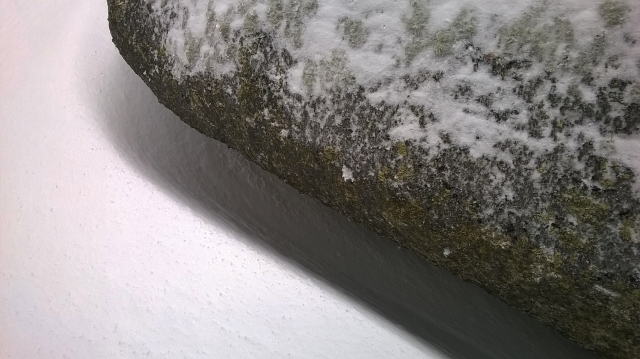 Uncanny, the way in which snow transforms that which it touches, be it trees, water, buildings, rocks or whatever. The Earth’s surface in general, whether it be a flat extension such as a field with a few trees around its perimeter or the upthrust geological drama of rugged mountains, is transmogrified by a blanket of snow.

But perhaps it is individual rocks that are most profoundly affected by this affliction of massed miniscule ice crystals..and i think especially, even more than when the snow coats and covers them, it is when it retreats from them that the phenomenon really astonishes. 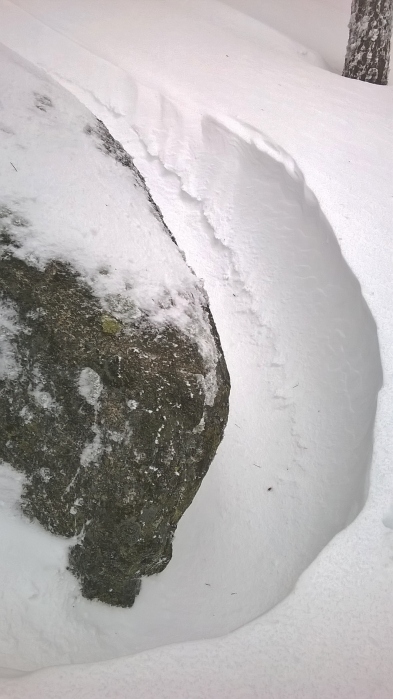 This retreat of the snow from around rocks can be brought about by very different elements..sometimes it is the work of the wind sinuously moulding the snow around rock, others it is the sun heating the stone and causing the snow to melt and fall back. 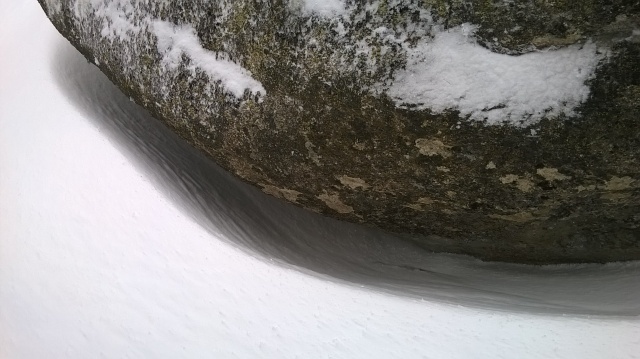 During this past and most strange of Winters, i have been repeatedly struck by the wondrous forms that this interface of snow and stone produces..subtle, delicate, graceful lines written by the rock, drawn by stone on the white sheet of snow.

Éireannach is ea mé, i mo chonaí insan Spáinn. Rugadh mé i lár na tuaithe, ar feadh blianta bhí mé ag teitheadh uaithi, i bhfad as an tuath, ach sa deireadh d'fhill mé, ar ais go dtí an tuath.. An Irishman am I, settled in Spain. Born was I in the middle of the country, for years I ran from it, far from the country, but in the end I returned, back to the country..
View all posts by coldspringdays →
This entry was posted in Mountain, Nature, rock, snow and tagged nature art, rock, rocks in snow, snow, stone in snow, the aesthetics of snow. Bookmark the permalink.